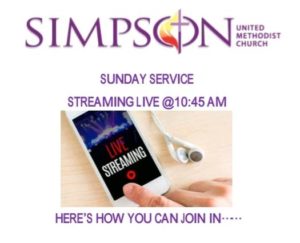 Join us on Sunday for our online worship celebration.

Login, call in, or watch on Facebook live. Join us for service.

There are no upcoming events.

Reverend Pearl Scott Johnson was ordained an elder at the June session of the Peninsula Delaware annual conference in 1998. She is the lead pastor at Simpson United Methodist Church in Wilmington, Delaware. Her first congregation was in Marion, Maryland in 1992, while she attended seminary. 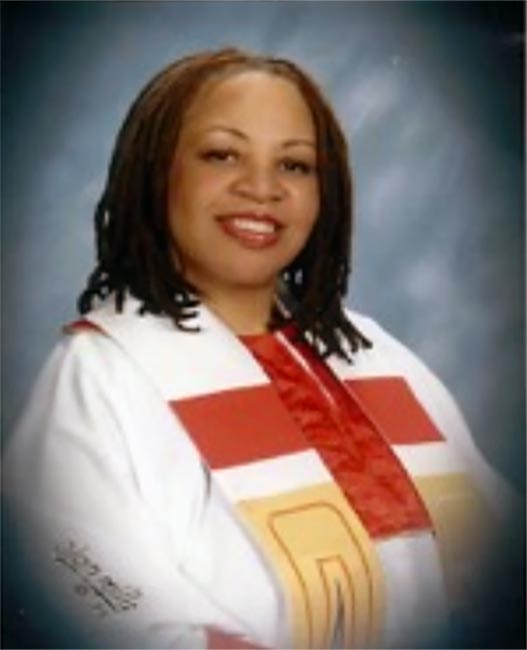 She graduated with honors from Wesley Theological Seminary in Washington, DC in 1996. Her concentration was in Hebrew Bible and Womanist Theology.

Reverend Johnson is married to an United Methodist pastor, the Reverend Grant L. Johnson. He began his ministry in Barnsville, Ga, in 1980. They have served in churches in Maryland, Delaware and Pennsylvania.
They have been married since 1980 and have two adult children, Monica (David) Edwards, Jonathan (Jessica) Johnson, and eight grandchildren.

In her ministry Reverend Johnson has organized many events for annual conference, for the jurisdiction, and for the local church. These events have often centered on ministry to young adult leaders, youth, women in ministry, and worship. As the co-chair of the Advocacy Resource Team she has been to several lobby occasions in Washington, DC and before the state senate in Maryland. She helped to raise funds for the capital campaign for Camp Pecometh where she served as the board chair person. She wrote fifth grade Sunday school curriculum for Cokesbury Publishing House.

In the community she served as chair for the North Philadelphia Cluster and Vice Chair of the Black United Methodist Pastors. She has organized peace rallies with Heeding God’s Call and Stop the Violence. She helped raise funds for Worcester County as she served on a community board. She also worked in the school system with pre-schoolers.

Her passion for preaching comes from a lifetime of welcoming others to the transforming gospel of Jesus Christ. She was saved as a teen and began evangelist outreaches in high school and college. Her call to ministry came when her husband was a student at Gammon Theological Seminary.